You better watch out MARTHA!

HAPPY VALENTINES!!!
Me and Brent had a great Valentines. He ended up having to go to Reno from Wednesday tell last Saturday night for a Construction Management Competition for school. Brent had a great time and he is really glad that he went! On Tuesday night, I got home from work and he had some really pretty white rose's waiting for me with Madagascar 2! We love that movie, we suggest it to everyone who hasn't seen it yet! So since Brent was going to be gone for the rest of the week, I wanted to make a special day for him. We were thinking that he wouldn't get back on Saturday tell real late, so I had everything all planned out.
I made a pie. Not just any pie, it was a peach pie. What was so special about this pie was that instead of just making the crust and setting it on top, I cut out 48 hearts and used them for the crust! It was so perfect, I was so excited to share with Brent! I was up tell 1:30 on Friday making the pie, it was the funnest pie I have ever made by far. I found the idea from Martha Stewart and I think that I have her beat by far!! What do you think? 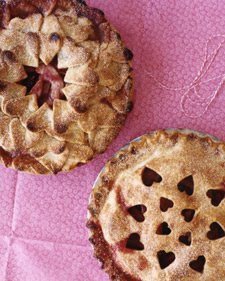 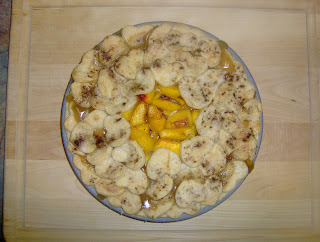 MY PIE!! She better watch out, I'm going to put her out of business!!!
Then, I figured out that since Brent would be home late he probably wouldn't want to go out to dinner so I went to Papa Murphy's and got a heart shaped pizza. 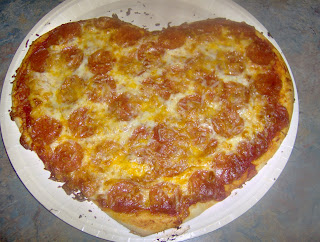 Well to say the least, Brent made it home by 7 on Saturday night and so we had some yummy pizza, pie and watched our movie! (I also washed his pick-up Burt for him and then got him a new wallet! The one he has, he got it when he was in high school. Way past time!!!)
We had a great Valentines! I'm so glad to have Brent back home with me! Martha, you better watch out, I'm going to put you to shame!!!!
Posted by Turpin's at 12:38 PM 2 comments:

HAPPY BIRTHDAY BRENT!!!! It was Brents birthday 2-2-09. We ended up celebrating it on Saturday the 31st with our friends because they had class on the night of his birthday. So I wanted to make Brent's birthday special for him this year since he is 25 now! So we had a gift card to go to WAHOOZ. It is probably our favorite place to go. They have lots of arcade games, go carts, miniature golf. We got $25 in tokens and split them between 4 of us. 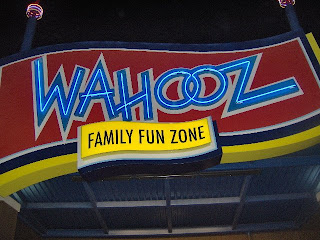 Here is Brent playing one of our favorite games...you have to move the joy stick to catch the chickens eggs! Its totally a little kid game...but we just love it!! 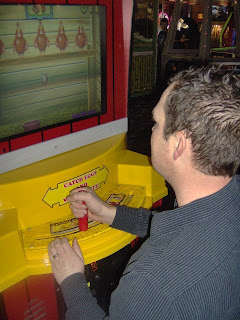 Here is our friends Brandon and Ashlee playing the Spider game! 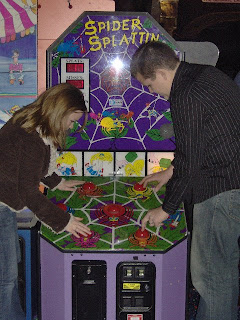 After playing around for a while we got hooked on a few games! After figuring out how they work we started to get a lot of tickets! Lets just say that its a good thing that I don't go to Vegas very often because I could seriously have an addiction to gambling! Haha Brent probably got over 300 tickets with just one token! 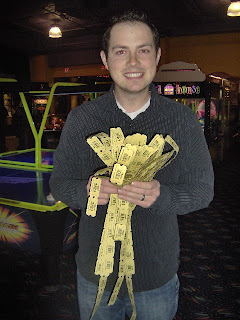 Here is Ashlee, she was an expert at this one game....she got a lot of tickets too!!! 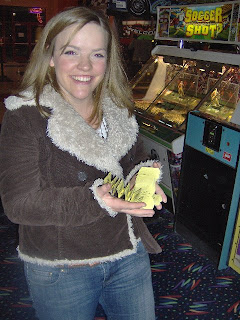 After we counted up all of our tickets we had about 651 points! Haha we were really excited. So we got two hammers (as you can tell what Brent is holding) and some candy! Brandon and Brent had some wars with their blow up hammers!!! 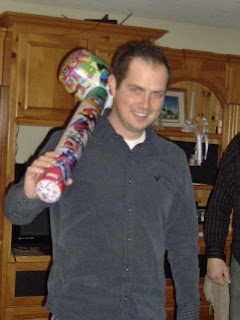 After Wahooz we went to dinner at the Olive Garden! Wow, we haven't been there for a while and it was great! Really hit the spot! 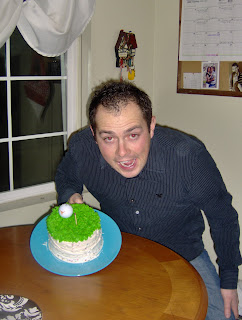 Thanks to Ashlee and her creativity, she made Brent a cool cake...with grass and then we topped it off with a golf ball! Since golfing is Brents favorite thing to do!! He got a new golf bag and a Boise State towel for his birthday. He is all set to go and can't wait for spring time to come! Thanks Brent for being such a great husband and I can't wait to spend the next 60 birthdays with you!!! Love ya!! 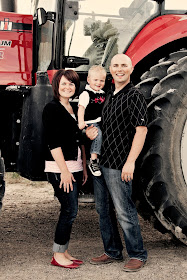